Solar Backpack and the technology behind them A solar backpack is a convenient source of energy. Carrying cases that gather, convert, and store renewable, solar...
Read more
Solar

Solar Lanterns are perfect for camping and keeping a soft glow around the tent or camping area. They don't need any power to light up, as they run off the sun's energy. Typically solar lanterns are pretty lightweight and provide hours of light deep into the evening.
Read more
Share
Facebook
Twitter
Pinterest
WhatsApp

A solar tech by the name of Juan Moncada is looking for backers to his new solar power station. He calls it the eClipse. After super storm Sandy hit the Easy coast Juan saw photos of people huddled around power stations so that they could power their phones just to call loved ones. Juan thought if only there was a product available that could charge multiple devices at once. eClipse was the answer. With a solar station that has the ability to charge up to 4 devices simultaneously and even have the ability to keep charging with its built in battery pack for when it is night. If that wasn’t enough Juan has also integrated a colored bezel so that you can even purchase your own eClipse in one of your favorite colors including, black, silver, blue, green, yellow, red, pink and orange. The eClipse is small enough to fit into a backpack so portability is perfect for campers as well! The eClipse works straight out of the box. Plug in your device and your ready to go. Just put the eClipse near a window or out in the sun and your devices are ready to charge.

Here are a list of devices that the eClipse will be compatible with:

If your the type of person that likes to see all the technical specs, I have included a table with everything you need below.

Photos of the eClipse: 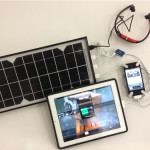 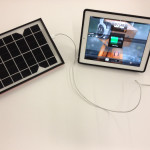 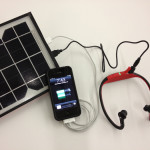 Videos of the eClipse:

More on this topic

Solar Lanterns are perfect for camping and keeping a soft glow around the tent or camping area. They don't need any power to light up, as they run off the sun's energy. Typically solar lanterns are pretty lightweight and provide hours of light deep into the evening.
Read more
Solar

A USB solar charger is relatively new in the consumer market. A large percentage of people are still completely unaware of its availability as an...
Read more
Solar

There are a lot of solar backpacks around, but few can match the features of the OffGrid Solar Backpack as a storage device and...
Read more
Load more

Solarbackpacking is a participant in the Amazon Services LLC Associates Program, an affiliate advertising program designed to provide a means for sites to earn advertising fees by advertising and linking to Amazon.com.